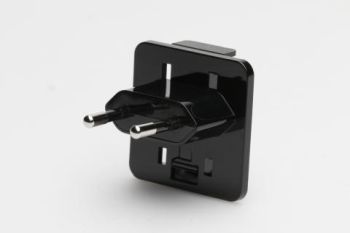 Approximately 6,900 units were sold in the United States online at NVIDIA.com, Amazon.com, BestBuy.com and NewEgg.com from October 2015 through June 2017 for about $30.There have been no reports of injuries or incidents in the U.S.NVIDIA has received nine reports of the European plug heads breaking overseas, including six reports of consumers receiving electrical shocks.

Consumers should immediately stop using the recalled European plug heads and contact NVIDIA for a free replacement. For more information, please visit: www.nvidia.com and click on USA/CANADA link, then click on the support tab located at the top of the page.